YoungImpact is a program for young people aged 6-18 to learn about collective giving and make a difference to Western Australian charities.

Besides having heaps of fun and engaging with some of the issues in their community these young people learn what it takes to fundraise effectively, collaborate and make a big impact.

The program aims to teach young people about collective giving and philanthropic decision-making, while encouraging a fun and social approach to fundraising and learning.

The process is broadly similar to Impact100 WA’s collective giving:

Membership is $20 for new members (includes a YoungImpact team T-shirt), and $5 for 2020 members to renew.

23 young people raised a record-breaking $6,200 and voted to give it to Trillion Trees

We held the Launch Event on 11th September on a gorgeous sunny afternoon. Everyone had a great time and came away knowing members of the group a little better, having an understanding of the power of collective giving and feeling inspired to get fundraising. 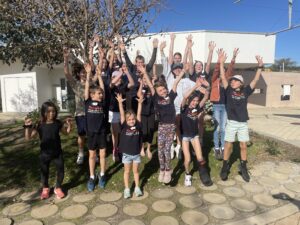 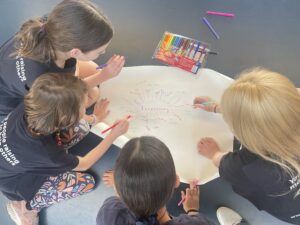 The Grant Day was held on a damp Sunday in October but spirits were still high (especially with pizza on the table!). The YoungImpact donors came together to pool their funds, hotly debate which organisation should win their grant (they were choosing between Fair Game, Thriving In Motion and Trillion Trees) and then place their voting pebble in the jar of their favourite. 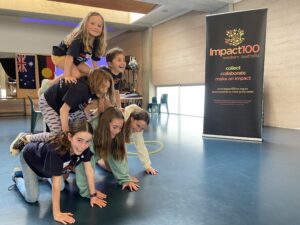 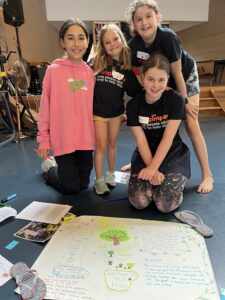 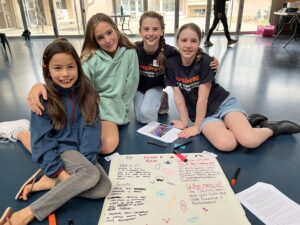 Camila and Emily made a brilliant presentation at the Impact100 WA Grant Awards Dinner and awarded the certificate to Denise True, CEO of Trillion Trees. 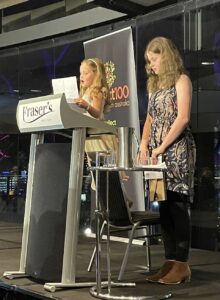 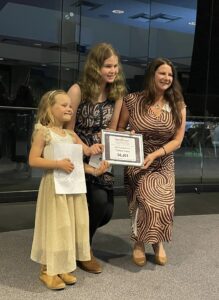 We had another successful year in 2021 where the recipients were Eat Up and Special Olympics WA . These organsiations were both part of the greater Impact100 WA assessment process this year and Special Olympics was even one of the five finalists for that. Each of these deserving charities received $1300, which represents a half share of the $2,600 that was collectively raised by our 20 keen young fundraisers. Two YoungImpact representatives were able to attend the packed out Grant Awards Dinner, make a presentation about their activities and hand over the donation to Special Olympics WA. 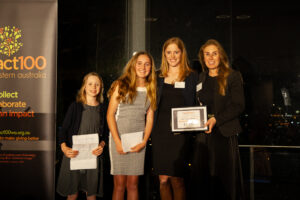 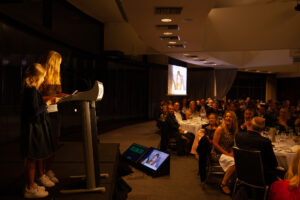 The 2020 recipients were Kalparrin and Darling Range Wildlife Shelter, with each having a half share of the $3,215 that was collectively raised by 23 keen young fundraisers.

Some of the budding philanthropists went in person to make the gift of the funds and also to do some volunteering. They were well and truly hands on as they prepared some of the animal food for the rescued wildlife. 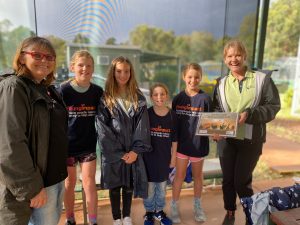 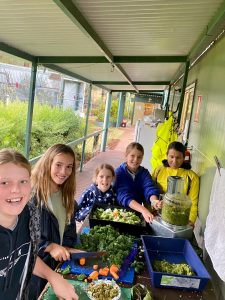 When the young philanthropists went along to Kalparrin at the Perth Children’s Hospital to drop off their donation, what they found kind of blew their minds:

– they got to see that for some kids, living in hospital is their norm, with education, a library and an art room being part of what helps to get them through.

– this brought home to them how important the mental support (such as that provided by Kalparrin) is for so many of the kids and their families coming through PCH.

– they also witnessed first hand how a huge amount of the work that gets done there is thanks to philanthropy and to volunteers – and they had the satisfaction of knowing that they are part of that support. 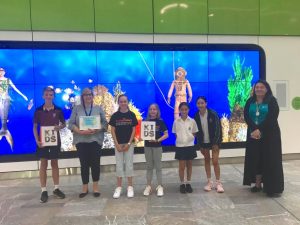 In 2019, a record $4,900 was collectively raised and after some great presentations, Green World Revolution were selected as winners so that they can fill empty city blocks with a field of flowers. 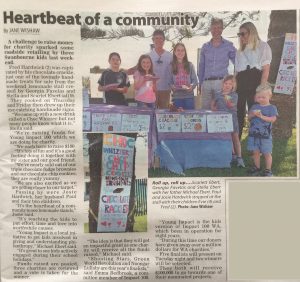 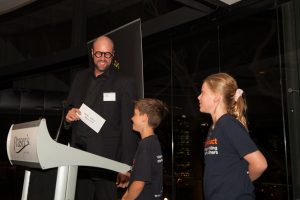 [Note the slight difference in height between Toby of GWR and the YoungImpacters!]